"To Be A Progressive, Owner Driven, Profitable Company"

Over the years, CG&S has made many changes. The storage capacity has grown from 1,267,225 in 1966 to the present capacity of 6,364,782 bushels. In addition, CG&S has formed alliances with surrounding local cooperatives and is participating in two limited liability companies.  Countryside Feed, LLC and Co-Ag Propane, LLC.

Countryside Feed, LLC is the feed production LLC for 5 area coops: CG&S of Hillsboro, Agri Trails Coop of Hope, Kanza Coop of Iuka, MKC of Moundridge, and Farmers Coop Elevator Co. of Halstead. Land O'Lakes Purina Feed LLC is also a partner in the LLC. Countryside Feed built a state-of-the-art feed mill in fall of 1999 in the Hillsboro Industrial Park. For more information, you may go to Countryside Feed’s webpage at

Co-Ag Propane, LLC is a propane supply and service company jointly owned by Agri Trails Coop of Hope and Cooperative Grain & Supply of Hillsboro.  The partnership was formed in 2018 by the two neighboring Coops.  For more information, you may go to Co-Ag Propane's webpage at 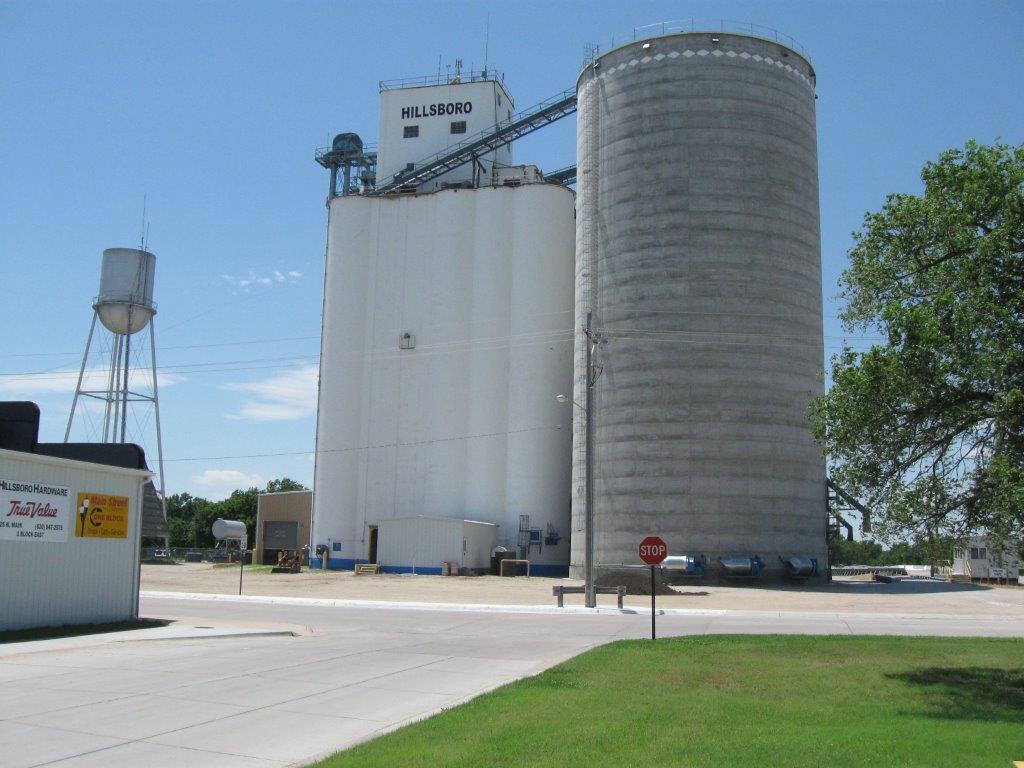